The intriguing collaboration of Sam Barker and Andreas Baumecker has already produced some mesmerizing results. Their debut release ‘Candyflip’ touches upon techno, house, trance, broken beat, IDM and dub styles during one 9-minute dancefloor opus, yet despite referencing this multitude of genres, their clear intent was to throw away the rulebook and write their own.

Not at all surprising when you understand the pair’s background in music and the journeys they have been on; hailing from Frankfurt and residing in Berlin, Andreas began DJing as nd_baumecker in the early 90’s. Refusing to stick to one sound, his DJ sets have always crossed borders, effortlessly entering new sonic worlds at every turn. He was a regular guest DJ at the original Ostgut club until it was flattened to make way for a hulking commercial concert arena in 2003. Since its re-opening as Berghain/Panorama Bar a year later at its current location, Baumecker has been resident DJ, booker and a key member of the Berghain family.

Sam Barker grew up learning every instrument he could get his hands on and by age 13 he had started with his own electronic productions. In 2002 he moved to Brighton to study music, and became involved with the flourishing experimental scene there. He started promoting his own events under the name ‘Instrumentality’, encouraging improvisation, collaboration and electronic experiments there every week for four years. During this time he built up a sizeable collection of analogue hardware that became the backbone for his work as Voltek. In 2006 he started work for Ned Beckett at the Littlebig agency and a year later moved with the company to Berlin.

The Barker & Baumecker story naturally centers around Berghain. In 2008, following a move to introduce a more genre-defiant program to the venue, the pair worked together for the first time - not as musical partners, but organizing a concert for electronic luminaries Autechre - Andreas as booker for the club, Sam as booking agent. The concert’s success led to the regular Leisure System events, which continue to bring new forms of dance music to Berlin’s attention.

The pair struck up a close friendship and when Andreas was asked to produce a remix for Seattle’s ‘Sleepy Eyes of Death’, he proposed to Sam that they do it together, pleased with the results, they continued working on new music in partnership. The results quickly developed into a sound that was distinct, refreshing and encompassed the myriad of influences they both brought with them.

A year later, Ostgut Ton’s Nick Höppner offered them a release in the label’s schedule, resulting in their aforementioned debut EP in 2010. To support the 12“, the pair toured extensively throughout Europe’s techno clubs and festivals, playing live from behind a mountain of hardware.

When they returned to the studio, Sam and Andreas set to work trying to condense all their various musical ideas into one album. From the early sessions came two versions of the track ‘A Murder Of Crows’, which were released as a 12“ on Ostgut Ton. One side a heavy techno floor burner, the other a shuffling and darkly melodic version of the same track which shifts it into a completely different direction.

Barker & Baumecker miraculously found a way to consolidate the whole spectrum of their sound into 11 tracks on their multi-faceted debut album Transsektoral – which saw continuation with the 12" Love Hertz / Cipher and their second album Turns in November 2016. 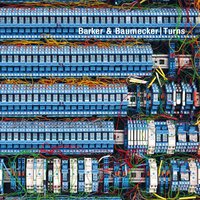 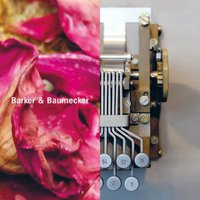 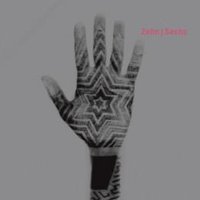 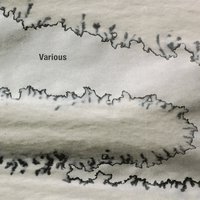 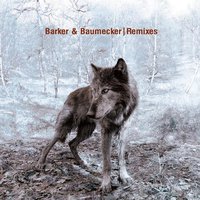