Somewhen is part of Berlin’s new techno generation, which continues to elaborate on the genres’ principal topics by adapting their meanings to a post-modern context. Futurism and nostalgia – two traditional techno themes purposely coming together within the very name of the producer, DJ and label owner: Somewhen describes this uncertain time in the vague future (whenever) as well as the confidence that eventually (sometime) one’s own dreams can be achieved.

In 2014, Somewhen not only impressed with the track “Kobalt” featured on his debut EP 9 – his second release (99 EP) on his own label SANA presented a conceptual artist of strong character driven by a sophisticated musical language. It’s not only about the quest to find ornamental or complex melodies that create the distinctive soul of Somewhen’s sound but also about the path he’s been taking thus far.

Berlin-born in the mid-80’s, Somewhen initially trained on drums and piano and experimented with hip-hop instrumentals later on. Long before his first record release, he explored the energizing potential between beat, groove and melody. Influenced by bands like Depeche Mode and Massive Attack as well as the ubiquitous club culture of Berlin, Somewhen’s sound shifted more decidedly into electronic terrain, especially after training as a sound engineer. From hypnotic repetition to the subtle wealth of detail to his passion for atmospheric soundscapes: Somewhen’s current techno design derives from different sources that all share one common vision through which he’s deliberately positioning himself against one-dimensionality. With his versatile DJ sets, such as his Berghain debut in October 2014, or as a producer (Null EP, Unterton 2016 / AFL, Ostgut Ton 2018), Somewhen has shown that breaking from your own routine can be both: journey and destination at once. 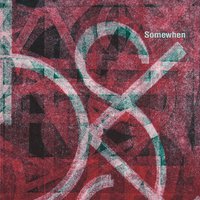